The most popular breed of cattle in the world, for many good reasons.

Since the first Hereford cattle were imported from England in 1917, 2017 holds the SA Hereford Centenary Celebration.

Nosy Rosy was honoured to have been invited to a well organised and warmhearted media launch of an exciting preview of the 2017 / 2018 once-in-a-lifetime celebrations.

Book your tickets to:
The Moorreesburg Swartland Show 7 – 10 September 2017
Click on the image below to watch the introductory video on SA Hereford

A bit of history about the South African Hereford cattle breed.

In the earliest days of the 20th century, of all Hereford cattle exported from Great Britain approximately 91% went to North and South America, and some animals were also exported to Australia and South Africa. The first importation recorded by the Studbook Society of South Africa was in 1892 (South African Studbook Association, 1971). A bull named Southern Cross was imported in 1901 by George Moorcroft; and the first Hereford cows are thought to also have been imported at this time. In 1903, 27 cows and four bulls were imported by the Transvaal Government and a herd was established at the Potchefstroom College of Agriculture. The South African Hereford Breeder’s Society was founded in 1917 (South African Studbook Association, 1971). Hereford cattle played an important role in several research programmes on beef cattle during the 1900’s in South Africa. Hereford bulls were used in selection for improvement of growth traits in Afrikaner cattle. Further selection for an adapted Hereford with a smooth coat and eye pigmentation was done over a period of 15 years at the Mara Research Station in the Limpopo Province, a region with extreme summer temperatures and tick-borne diseases (Bonsma, 1949; 1980). These animals were used in development of the Bonsmara breed (Bonsma, 1980). Hereford cattle have been credited with having a major role in the development of the beef industry in South Africa (South African Hereford Cattle Breeders’ Society, 2010). Since the establishment of the Hereford Society pedigreed herds were kept by private breeders and with live importations until the late seventies and thereafter primarily semen and ova from the United Kingdom, United States of America (USA) and Australia (B. Coe, ABS Global, personal communication). The Hereford breed was one of the first breeds in South Africa to take part in the National performance testing scheme.

Following upon the experiments of G.H. Shull and others which demonstrated the value of heterosis in production of maize, inbred lines of livestock were initiated in the USA beginning in the 1920’s (Sprague, 1962). In 1931, the U.S. Department of Agriculture (USDA), Bureau of Animal Industry, initiated projects on development of inbred lines of cattle that were superior in rate of gain, weight for day of age, carcass characteristics and fertility (Winters, 1931; Knapp et al., 1951). Fort Keogh, the USDA range livestock experiment station, played a large part in this project by developing the first and several of these inbred lines of cattle, the most important and productive of these inbred lines being Line 1 Hereford cattle (Knapp et al., 1951).

Dissemination of Line 1 Hereford germplasm began in 1948 with sales of bulls and females that were excess to research needs to local cattle producers. In time, buyers came from across the U.S. to purchase Line 1 Hereford cattle from Fort Keogh. Additionally, several successful seedstock herds were founded in the USA using Line 1 germplasm (Dickenson, 1984). Today, Hereford semen and embryos are frequently exported from some of these herds in the USA to South Africa (B. Coe, ABS Global, personal communication). However, there has been no direct export of germplasm from Fort Keogh to South Africa. The goal of this project was to estimate the relationship of Line 1 Hereford cattle at Fort Keogh Livestock and Range Research Laboratory with animals recorded in the South African Hereford Herdbook using pedigree and DNA marker information.

Pedigree data of 4 491 animals with performance records born in South Africa since 1938 were obtained from the South African Hereford Society. Of these, 1 972 animal were also present in records of the American Hereford Association (AHA). Ancestors of the animals present in the AHA database were identified to produce an extended pedigree containing 14 647 animals. The Line 1 pedigree was also traced to the earliest animals recorded by the AHA (American Hereford Cattle Breeders’ Association, 1899).

The 1972 South African Hereford cattle for which AHA registration numbers were available, were pseudo-mated to Line 1 Hereford sires used at Fort Keogh from 1958 to present. Inbreeding coefficients were then calculated for the “offspring” resulting from these “matings” using the algorithm developed by Henderson & Quaas (1976). Wright’s (1922) coefficient of relationship of each South African animal to Line 1 was taken to be twice the maximum of the calculated inbreeding coefficients resulting from the pseudo matings between it and the Line 1 sires.

To standardize genotype scoring at the separate locations, semen samples from three Hereford bulls (Huth Enhancer 2D, Gerber Killarney 058K, and LCG Master Duty 51J) were purchased from ABS Global. The DNA from these bulls was genotyped with the other samples at both locations.

The programme, STRUCTURE (version 2.3.2; Pritchard et al., 2010), was used to compare the Line 1 Hereford and South African Hereford populations using the genotypic data. STRUCTURE implements a Bayesian model-based clustering method for inferring population structure using genotype data consisting of unlinked markers (Pritchard et al, 2000b; Falush et al, 2003; 2007; Pritchard et al, 2010). Animals were identified a priori as being in two clusters (i.e., K = 2). The programme then estimated each animal’s probability of membership in both clusters, which may vary across independent samples (Pritchard & Cox, 2002). Allele frequencies were assumed to be independent draws from population-specific distributions.
This is the original model used by Pritchard et al. (2000a) and has been shown to work well for many data sets in which the allele frequencies in the different populations can be expected to be reasonably divergent from each other (Pritchard et al., 2010). Following a burn-in of 10,000 samples, the run length was set at 200,000 samples. For samples from South Africa, the average probability of their membership in the Line 1 cluster was interpreted as a measure of their genetic relationship of these animals to Line 1 Hereford.
Pedigree analysis: The initial file of 4 491 animals from South Africa contained 1 972 (44%) animals with a known AHA registration number. However, the South African Hereford Society identifies only 81 animals as being original to the American registry. The extended pedigree of these 1 972 animals, based on AHA records, contained an additional 14 647 unique animals. When these 14 647 animals were pseudomated to Line 1 sires, 1 990 (14%) produced a simulated progeny with a non-zero inbreeding coefficient thus indicating some relationship between the populations.

Many large scale genetic evaluations involve animals with incomplete pedigrees (Lutaaya et al., 1999). Regular inbreeding algorithms (Quaas, 1976), based on the definition by Wright (1922), calculate the relationship of animals with at least one parent missing as zero. Even if both parents are known, inbreeding could be underestimated if some of their ancestors are unidentified. If the proportion of missing ancestors or parents is large the relationship trend could be seriously underestimated for a population (Lutaaya et al., 1999). The American Hereford Association database, used for comparison, is practically complete since 1960 and contains millions of records. The corresponding pedigree from South Africa is much smaller, although also comprehensive and highly informative.

Genomic analysis: Numerous studies have used microsatellite markers to describe the relationships between breeds and their history (e.g. MacHugh et al., 1994; Moazami-Goudarzi et al., 1997; Beja-Pereira et al., 2003). The probability of the sampled South African Hereford cattle being members of Line 1, based on microsatellite genotypes, is shown in Figure 1. This probability was distributed on the interval 0.23 to 0.58, with mean and median = 0.38 and standard deviation = 0.08.

In interpreting results of the pedigree and genomic analyses, it is important to recognize that relationship coefficients are based on genome wide expectations of allelic identity by descent whereas the probability of membership is based on observed allele sharing. Thus, while the statistics are related probabilities, they are not strictly proportional. Rosenberg et al. (2002) suggested overall similarity of populations is evident given the geographically widespread nature of most alleles and the ability to conduct molecular genetic analyses. However, the ability to derive pedigree-based relationships may be much more difficult due to lack of international coordination for integration of the data and concerns of breeders and breed associations for private property rights (Golden et al., 2009).

Since 1934, there has been no immigration into the Line 1 Hereford population. Annual production sales have resulted in emigration from Line 1 to North American herds. In the latter part of the 20th century, cryogenically preserved semen and embryos facilitated trade in of genetics (Board of Agriculture, 1993) and has resulted in the influence of Line 1 on the South African Hereford population, as documented here.

See you at the show! 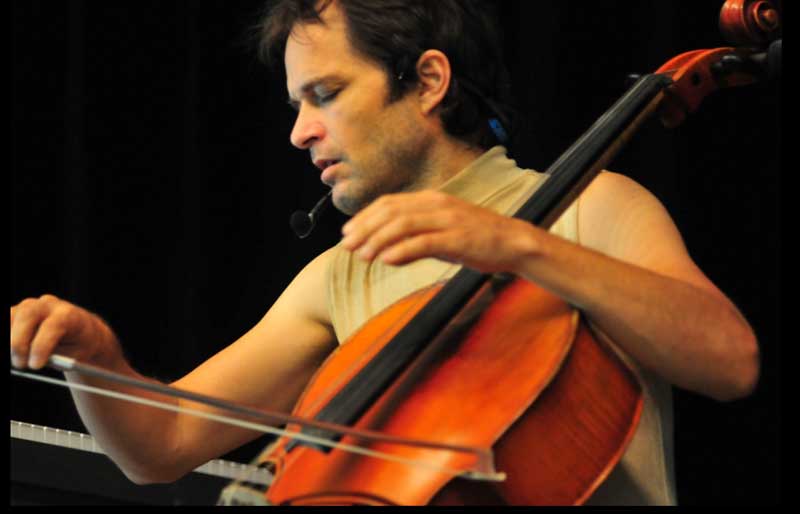 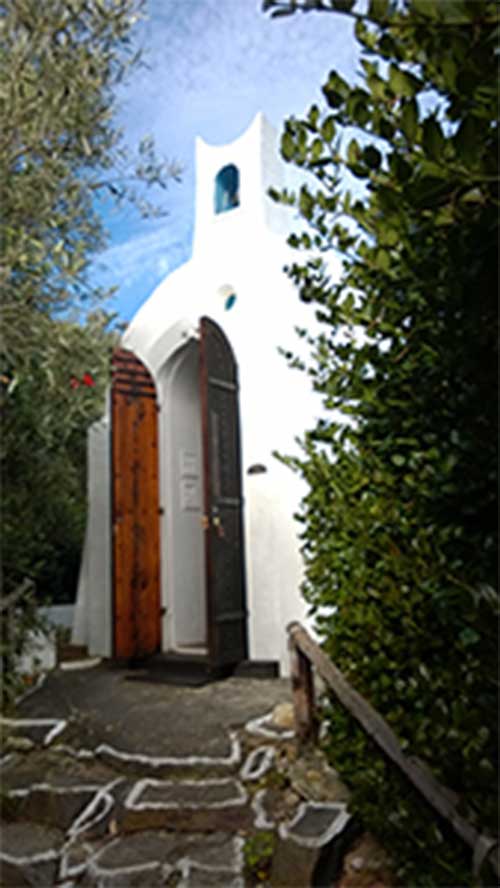 Did you know that the smallest Greek chapel in southern Africa is in Onrus? Find out more about The Hermanus History Society […] 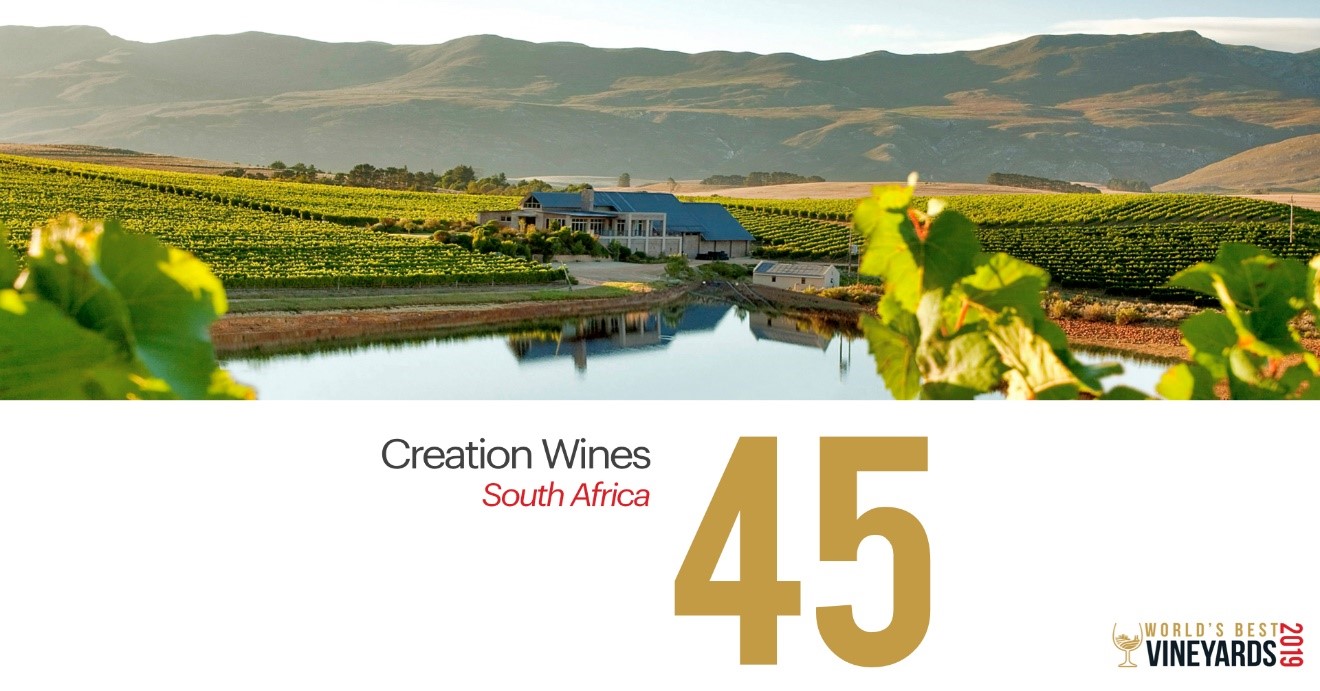 Click on the lips to safely subscribe to our database protected newsletter - Sharing fabuloulessness once a month only.
~ One click unsubscribe - should your better judgement ever fail you ~