I am of the very opinionated opinion that Iron Man inspirer, Elon Musk,  Bloemfontein born J R R Tolkien, writer of The Lord Of The Rings, and top Hollywood composer Trevor Jones are currently three of our top South African Born Heroes and are greatly influencing the world on a grand scale! I obviosuly also have to make honourable mentions of Charlise Theron, Jan Hendrik vd Westhuizen and neuroscientist Dr Caroline Leaf. ( Look at this very interesting video if your health interests you. #SouthAfricanSwag : )

Back to my hero of the day, please click on the video to watch and also scroll down to learn more about the inimitable, magnanimous and brilliant Trevor Jones who’s humble little life started in one of the most dangerous zones of the world at the time. #District6 #CapeTown. His sheer belief in himself and the music he would unlock and bestow on the world, changed his life, the life of film and the lives of everyone who has had the pleasure and honour of meeting him.

I have a new game and I love it! Whomever I come across anywhere and everywhere, I ask whether they know whom Trevor Jones is. To be truthful, if Maya’s Movie Magic didn’t introduce me I would be in the ignoramus box too! And I Love Trevor Jones’s compositions! Thank you Maya!!

Trevor Jones is a South African born film music composer and is world renowned. I feel it my duty to correct the fact that, outside of America, England and the well informed music society, he is not yet as known in South Africa as he is in the rest of the world.

To be rewritten with soul – but for now – Wikipedia information below.

Trevor Alfred Charles Jones (born 23 March 1949) is a South African orchestral film score composer. Although not especially well known outside the film world, he has composed for numerous films and his music has been critically acclaimed for both its depth and emotion.

At the age of six, Jones already had decided to become a film composer. In 1967 he attended the Royal Academy of Music in London with a scholarship and afterwards worked for five years for the BBC on reviews of radio and television music. In 1974 Jones attended the University of York from which he graduated with a master’s degree in Film and Media Music. At the National Film and Television School Jones studied for three years on general film-making and film and sound techniques. During this time he wrote the music for twenty-two student projects. In 1981 Jones wrote the score for the Academy Award-winning short movie The Dollar Bottom and for the short Black Angel.

Jones was soon after brought to the attention of John Boorman, who was in the midst of making his Arthurian epic, Excalibur (1981). Although mostly tracked with classical music by Richard Wagner and Carl Orff, Boorman also needed original dramatic cues (as well as period music) for certain scenes. Given Excalibur’s modest budget, a “name” composer was out of the question, so Boorman commissioned the up-and-coming young Jones.

Excalibur brought Jones to the attention of Jim Henson, who was making The Dark Crystal (1982), and looking for a composer who was young and eager to work in the experimental, free-wheeling way which Henson preferred. The resultant score is an expansive, multi-faceted work, featuring the London Symphony Orchestra, augmented by inventive use of Fairlight and Synclavier synthesizers, as well as period instruments like crumhorn, recorder, and the unusual double-flageolet, which Jones came across by chance in a music store.

Jones followed Excalibur with scores for the horror films The Appointment (1981) and The Sender (1982), and the pirate adventure Nate and Hayes (1983). In 1985 Jones composed one of his best scores, for the acclaimed television production The Last Place on Earth.

Jones reunited with Henson for the 1986 fantasy musical Labyrinth. David Bowie wrote and performed the vocal tracks for this movie, including the hit “Underground”, while Jones provided the dramatic score.

Reflecting that his complex, symphonic score for The Dark Crystal garnered little notice, Jones began to re-think his entire approach to dramatic scoring. Around the mid-80s, Jones’ work became more electronic-based (much like fellow film composer Maurice Jarre), eschewing identifiable themes in favor of mood-enhancing synth chords and minimalist patterns. While he did write a somber, chamber orchestra score in 1988 for Dominick and Eugene (which featured classical guitarist John Williams), scores like Angel Heart (1987), Mississippi Burning (1988) and Sea of Love (1989) are more typical of Jones’ output during this period.

Jones’ return to large-orchestra scoring came with 1990s Arachnophobia, and he provided a light-hearted Georges Delerue-flavoured score for Blame it on the Bellboy in 1992.

Jones’ most popular success came later in 1992 with his score for The Last of the Mohicans, and his soaring, passionate music belies the difficulties which afflicted its creation. Director Michael Mann initially asked Jones to provide an electronic score for the film, but late in the game, it was decided an orchestral score would be more appropriate for this historic epic. Jones hurried to re-fashion the score for orchestra in the limited time left, while the constant re-cutting of the film meant music cues sometimes had to be rewritten several times to keep-up with the new timings. Finally, with the release date looming, composer Randy Edelman was called-in to score some minor scenes which Jones did not have time to do. Jones and Edelman received co-credit on the film (thus making this very popular and acclaimed score ineligible for Oscar consideration). Although all were displeased with the circumstances, Jones was not fired from the film despite reports to the contrary.

Jones became active in television in the 90s, with orchestral scores for several Hallmark productions, including Gulliver’s Travels, Merlin and Cleopatra. He also provided a fun, jazzy, 30s-style score for Richard III (1995), which features a swing-band setting of Christopher Marlowe’s The Passionate Shepherd to His Love. In 1997 Jones worked for the first time with acclaimed director Ridley Scott, providing an electronic/orchestral/rock-flavoured soundtrack for G.I. Jane (1997). 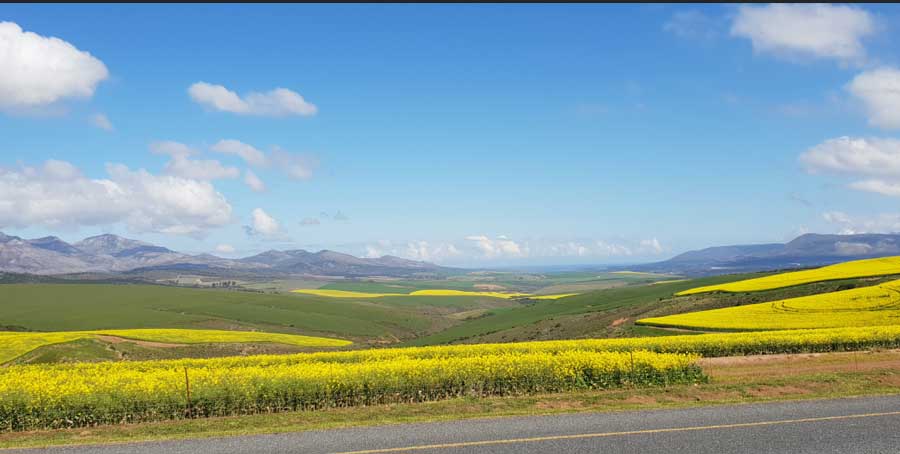 Botrivier is a fabulously unique area. I like to call it BottyRiver as wine is a very important part of the culture. […] 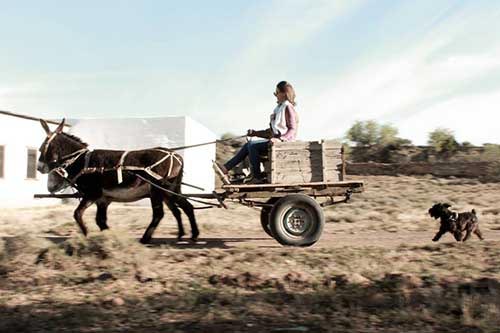 Antonio da Silva-Swart’s passion lies with hiking the coast and organising cleanups along the Whale Coat coastline, either with school learners or […]